END_OF_DOCUMENT_TOKEN_TO_BE_REPLACED

Our first designs were developed in the 80’s, mainly systems designed to play music in clubs, followed by individual AV systems and stage lighting. After over 30 years of experience we have decided to immerse our visions and experiences into something physical and mass but in the same time something that would have its own soul. That’s how the idea to develop high-end audio equipment, which would invisibly connect human with technology emerged. In 2010 first designes were brought to life in BURGUND series. It consisted of an amplifier, preamplifier, loudspeaker and a gramophone. It was mainly developed by Waldemar Łuczkoś. Our audio equipment has been featured on many occasions with audiophiles and at the Audio Show and instantly gained recognition for its acoustic qualities and rare turntable design with two tone arms.

After this first success we have set the main goal for further developement: to combine best sound quality with modern, exclusive and professional performance. Today we are proudly presenting our first high-end audio equipment, which we will systematically develop.

P.S. Many people ask where has Divaldi brand name came from?

It’s a combination of two founders names: Dival (the phonetic pronunciation of Duval) and Valdi (that’s Waldemar Łuczkoś’s nickname). It also brings to mind name of a great composer, pure coincidence but lucky one as it suggests great music. 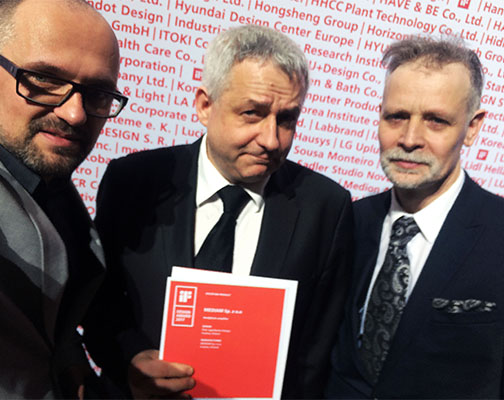